It is unlikely to find a person who can talk about Hume and get excited about computer programming, who has a strong pro-choice stance and ends up with seven children even to homeschool one of them, a presbyterian preacher becoming a CCD teacher, one who shares recipes as well as undertakes political campaigning, a registered Democrat who then turns out to be a social conservative, diagnosed with cancer and goes on skiing, lectures at Cambridge as well as attends the Opus Dei meetings and most of all while facing death, selects a future wife for her husband. You seem to think that’s all the colors in the rainbow right? Well St.John Paul II once said “Discovering Christ, always again and always more fully, is the most wonderful adventure of our life.” The Odyssey of Ruth Pakaluk is a tale of one such adventure.

While many can easily get lost in the idea of attributing sainthood to mysticism it’s rather hard to accept the contrary view of St.JoseMaria Escriva that “Either we learn to find our Lord in ordinary, everyday life, or else we shall never find him.” Ruth’s account is a sound testimony to this truth. Because, not many can see that while baking and making bed, by cooking and cleaning, by writing letters and doing laundry, by lecturing and volunteering, by debating and campaigning, by giving birth and accepting cancer she has indeed been on a very special journey.

Let me try to give a portrait of her that will widen the horizon of doing extraordinary in ordinary. For certain people she’s just a wife who struggles with housekeeping and a mother  whose one child is already in heaven due to SIDS (Sudden Infant Death Syndrome) and a Harvard graduate, for others she’s someone who reads The End of the Affair as well as Gaudium et Spes, discuss NATO or criticize America’s foreign policy and for certain others like Planned Parenthood she’s intellectually dangerous and should be avoided in public and has strong feelings about Justice Anthony Kennedy’s decision on the infamous Planned Parenthood vs Casey, for a handful of them she’s someone who knows what she speaks so don’t mess with Church dogmas and ex-cathedra because the next immediate thing will be a letter to the Bishop of your diocese, for many others she’s the head of  diocesan Respect-Life office, who heads Youth group, sings in choir, CCD teacher and Director of Religious Education, for some of them she’s the President of MCFL (Massachusetts Citizens for Life) who reforms the structure of the organization and gets people involved in politics for a more concrete way to reverse Roe vs Wade, for others she’s a speaker making presentations and handling debates at MIT, Harvard, Columbia… and for some she’s someone who heads to March for Life while taking doxorubicin with a white blood cell count of 1.82 while an average human should have a reading of 8. You name it, she’s got it. Isn’t this what we call ‘an incredible life’? and not to forget that all of this in just 41 years.

Edith Stein notes that “A woman’s destiny stems from eternity. She must be mindful of eternity to define her vocation in this world”. There can be no more perfect explanation for the vocation of women that has to be restored to its former glory in this critical time of 1,357,630,770 abortions (still increasing with every second) and Ruth’s life and work is an epitome of this vocation. 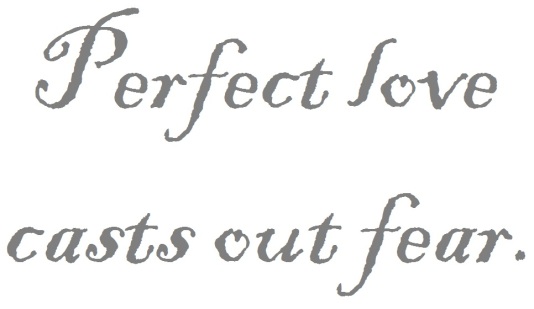 Women like Ruth Pakaluk who knew that ‘life’ when understood in terms of “a calling” has a truly different significance. By imitating the ‘yes’ of the Mother of God every woman’s ‘yes’ to life has the redemptive power to bring Christ into every situation to heal the wounded world of its fear.

Do not be afraid!

Ruth Pakaluk died when she was 41 years old, of metastasis breast cancer. Her life can be best known from the first hand account of the letters, speeches and her husband Michael Pakaluk’s testimony  in The Appaling Strangeness of God’s Mercy. Her cause for canonization is open. Pray for Us Ruth Pakaluk !