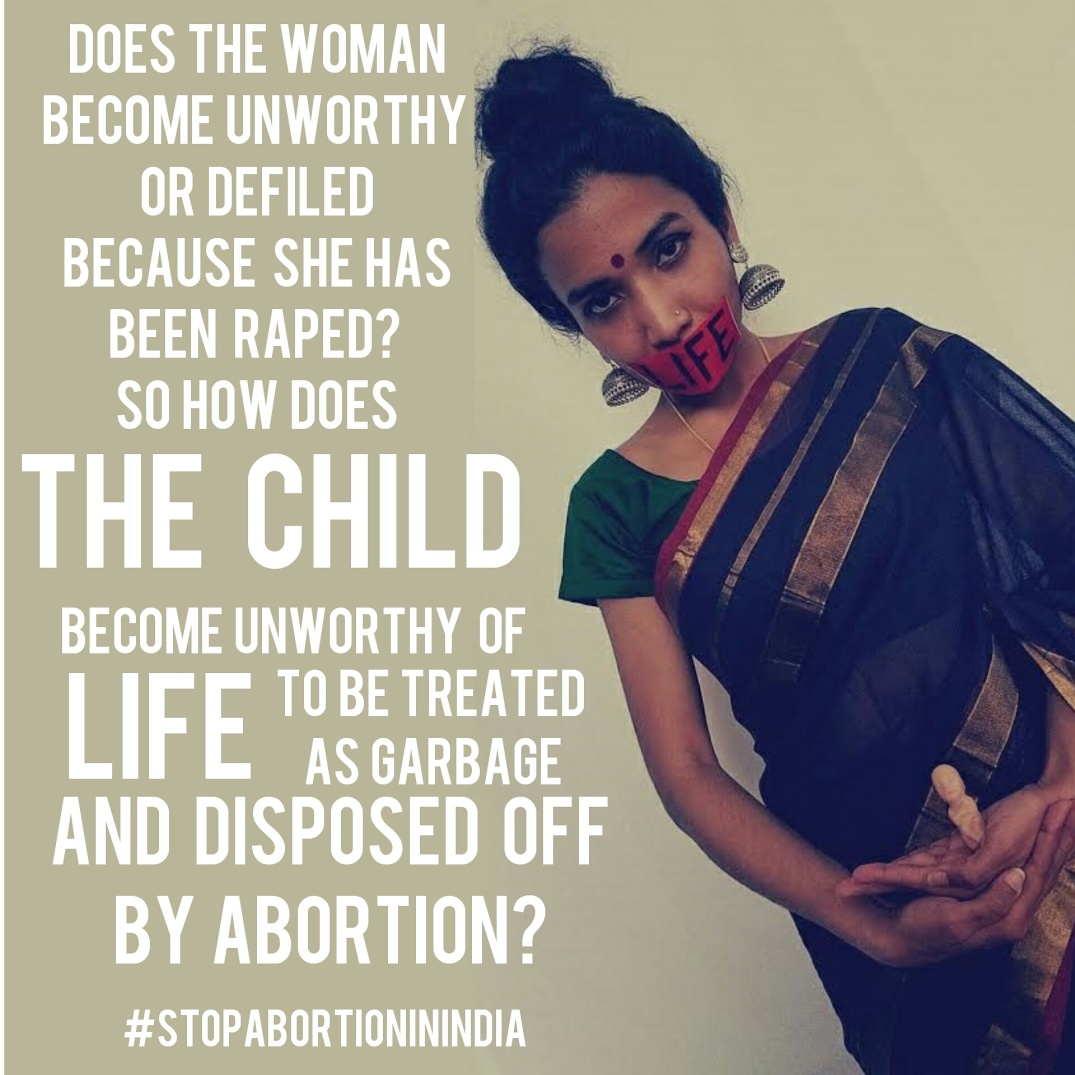 Most of them I meet at sidewalk and online come up with this argument regarding Abortion: So what if the woman was raped? Should she be forced to carry the ‘rape child’? She will have to live the trauma of rape every time seeing the child and She wasn’t ready for it. My question to them mostly starts like this:

You cannot restore the dignity of woman who was traumatized by rape without accepting the child conceived in the same situation, victimized just as her, most of the time scape goated  in the place of rapist to be violently torn from womb and negated of a chance to live. Mahatma Gandhi advocates bringing up the child conceived out of infidelity because hurting the child will never heal anyone nor appease her anger and never will unrape her. Her healing depends on her acceptance of the child. If not convinced meet Rebecca Keisling of Save the 1. 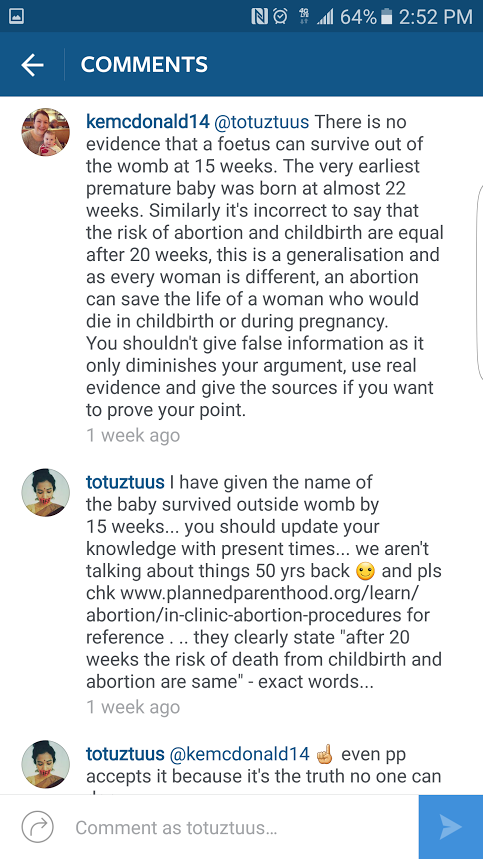 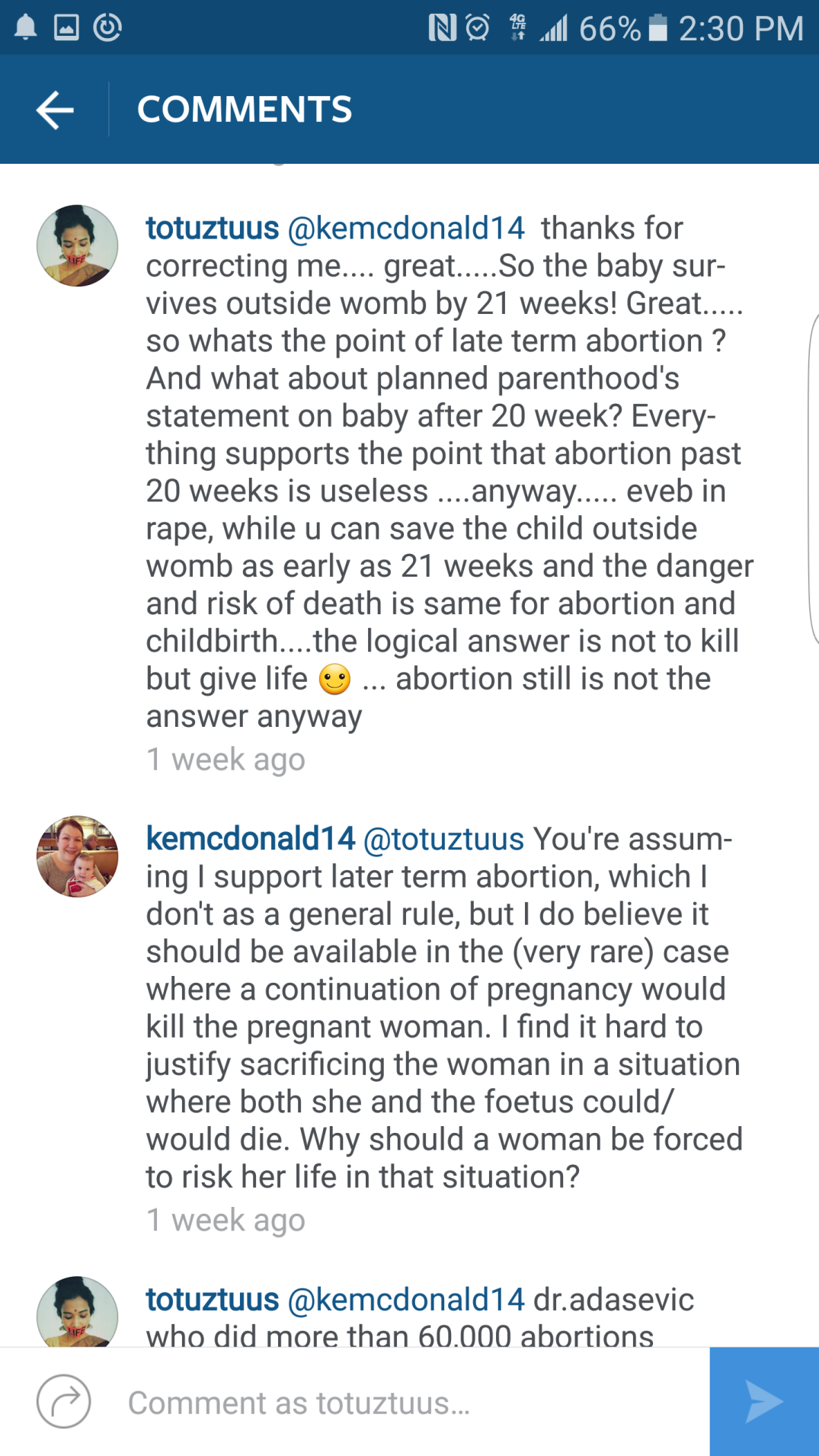 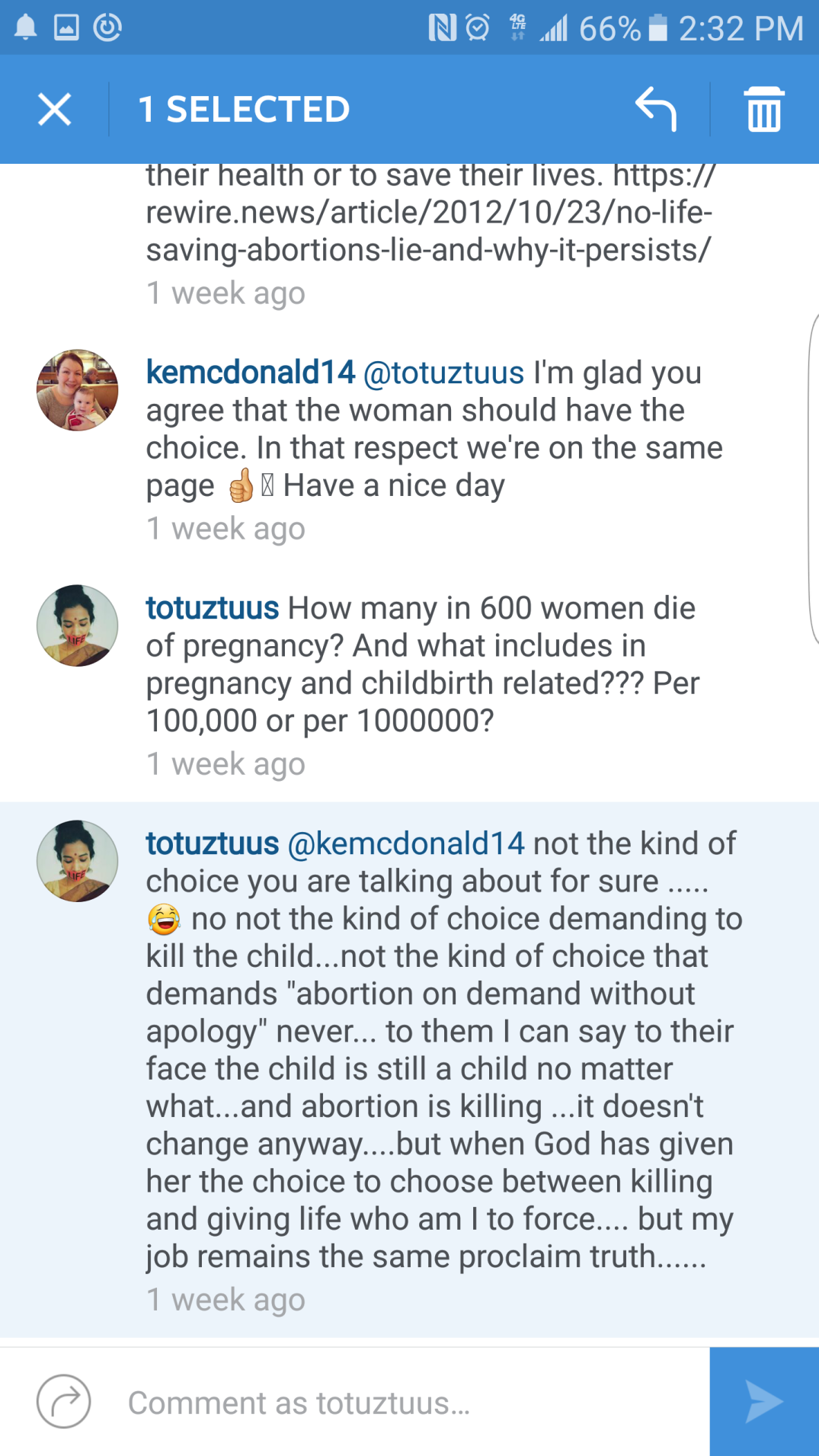 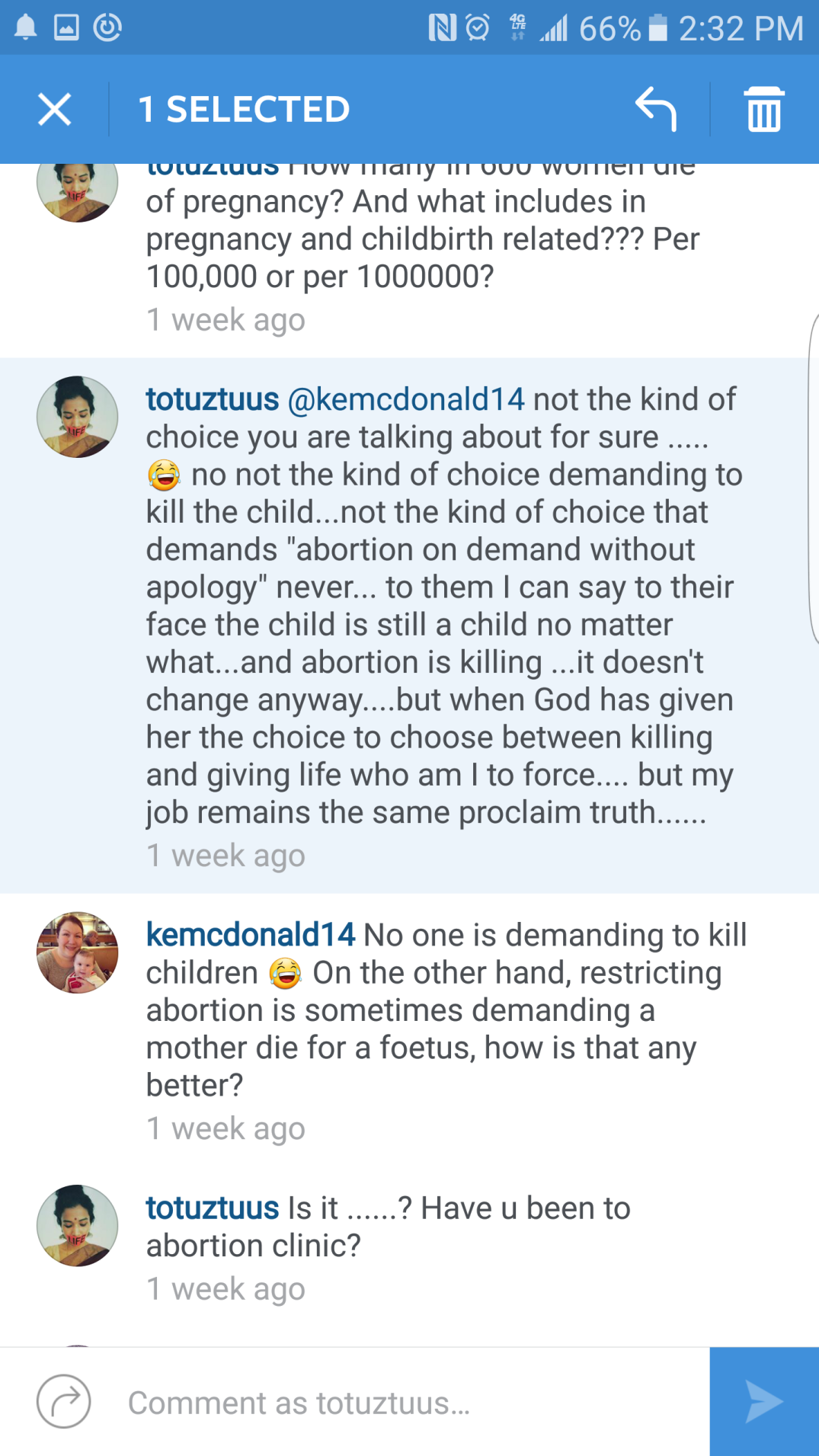 127 dead in Paris attack and the world goes crazy. Facebook is filled with profile pictures saying “Pray for Paris” standing with Paris, cover photos changed to show solidarity with Paris. Really? Let me explain why this seems a joke to me. Not that the hypocrisy of people who don’t even know about ISIS or care about their ideological war and jihad who all of a sudden seem to care about the few hundreds dead in the terrorist attack but mainly because they don’t really have a stand on what ISLAM is and what JIHAD is and what religious freedom is or what standing for faith is or what liberty is. All they know is to change their profile picture because that’s how facebook is schooling them unconsciously.

How do you feel about the ratio 127: 1,354,824,500 ? I bet you cannot make a guess. This is the number of people dead in ISIS attacks in Paris to number of people dead by the silent war on women in the name of CHOICE. Just like ISIS is a false ideology claiming that Allah wants people dead and suffering, the false notion of choice indoctrinates women to think that a child is a threat to their freedom, a child is an obstacle to their dream, a child is an inconvenience in their life and ultimately a child is a enemy to its mother. Sounds absurd? In same way as it sounds absurd when someone says Allah the God Almighty wants people whom He created and loved wants death and destruction.

A few hundreds killed in Paris and the social media goes insane. Where’s outrage for the massacre of 1,354,824,500 people ? (don’t rely on this number because the numbers are increasing every second. so by the time you read this add few hundreds to it) I am not against praying for Paris. Yes, Paris needs our support and prayers but it seems to me quite hypocritical to ignore the massive population murdered and women betrayed and no outrage for them. The clinic I go to sidewalk counsel kills 11,000 unborn children annually, the country I came from has 20 million girl children lost to sex selective abortions and forget about the innocents in China, a whole one child policy mess against mankind and US has lost 58 million since Roe Vs Wade. Where’s the outrage?

ISIS justifies killing people in the name of Allah just like Planned Parenthood spreads its lie that the unborn child is not a human person. Everyone seems to be ok with this silent massacre which happens inside four walls in the mother’s womb, with the consent of poor women betrayed by those who suck their dollars taking full advantage of their situation and preying on their fear. Shouldn’t we be outraged by this too? Because, Abortion is a war on women, children and family. But the kind of war whose victims never make headlines.

“The so-called right to abortion has pitted mothers against their children and women against men. It has sown violence and discord at the heart of the most intimate human relationships. It has aggravated the derogation of the father’s role in an increasingly fatherless society. It has portrayed the greatest of gifts–a child–as a competitor, an intrusion and an inconvenience. It has nominally accorded mothers unfettered dominion over the dependent lives of their physically dependent sons and daughters. And, in granting this unconscionable power, it has exposed many women to unjust and selfish demands from their husbands or other sexual partners.I feel the greatest destroyer of peace today is ‘Abortion’, because it is a war against the child… A direct killing of the innocent child..”
― Blessed. Mother Teresa

There was an error retrieving images from Instagram. An attempt will be remade in a few minutes.